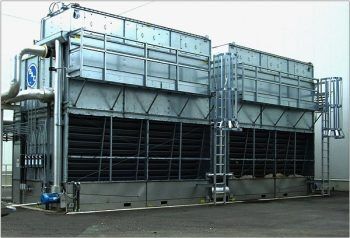 Why Treat Your Cooling Water System?

If you have an ammonia condenser, fluid cooler, or open cooling tower, you are most likely using some sort of water treatment program. Water treatment companies offer the chemistry, equipment, and service to help keep your cooling systems functioning at an optimal level per CTI and manufacturer standards.

Read More About Why You Should Treat Your Cooling Water System

Not All Water Treatment is the Same

Not all cooling water is the same and therefore not all water treatment programs are the same. In general, numerous elements of a successful program work synergistically to maximize the efficiency and longevity of your systems. Some programs may call for pretreatment, such as softening or filtration, while others may be eligible for a non-liquid chemical system such as EVAPCO’s Pulse~Pure or Dober Smart Release Technology . Cooling water chemical programs usually include scale/corrosion inhibitors, oxidizing biocides, and non-oxidizing biocides. 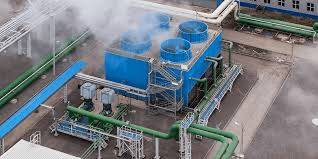 Smart Release Technology utilizes robust water treatment formulas in a solid tablet form. The dry chemical application is easy and safe to use while protecting your cooling system from scale and corrosion. Available in both oxidizing and non-oxidizing biocides, this biocide technology delivers the same dependable products in a solid form for easy and safe handling.

Meras Water Solutions is the authorized Smart Release representative in Northern California and proud to offer you this option. 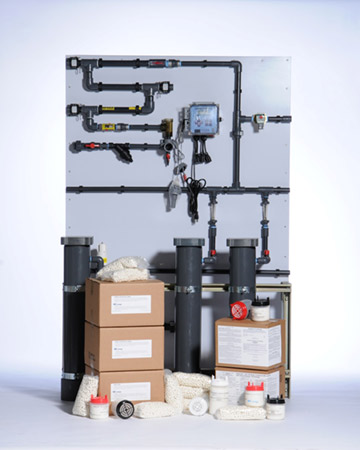 Solid cooling tower chemicals have been in use since the 1970s but technology has advanced since then. With Smart Release technology, overcome the challenges associated with liquid chemistries such as spills, pump failures, and lack of delivery. Smart Release Technology delivers 30-day controlled release chemistry for your cooling tower with precision and ease while eliminating the possible discharge of harmful liquid chemicals.

Meras Water Solutions is proud to be able to provide an easy solution. We have partnered with Dober to offer our customers an option when it comes to chemical treatment for their cooling system. We provide Smart Release customized installation for your needs.

Contact Marco for a complete description of how we can provide you with Smart Release Technology.

Located right off of Hacienda Road in Pleasanton, CA, a medium–sized office building was suffering symptoms of sub-par water treatment service. Their cooling tower was showing signs of scaling, the system was running inefficiently, pumps were unprimed, and the backlog of chemicals maintained on-site was overwhelming. The chief engineer of the building had worked with Meras Water Solutions years before and knew that we were exactly what he needed to get his system running optimally.

Our Industrial Account Manager, Jesus Cortez, met with the building’s chief engineer in the fall of 2020. His goal at this first meeting was to assess the overall health of the system, understand the client’s needs, and begin planning. This initial visit laid the groundwork for their future partnership.

The first thing Jesus addressed was the overstocking of chemicals. The former treatment provider was likely tasked with meeting chemical sales quotas every month. As a result, the chemical was delivered to the facility whether or not it was needed. The building soon filled up with drums of liquid chemicals, taking up space, wasting their budget, and posing a risk of a toxic spill or leak.

Due to this, Jesus suggested that after using up the current stock of chemicals, the facility convert from a traditional liquid chemical application process to one of the advanced technologies offered by Meras, Dober Smart Release.

Dober Smart Release is a solid chemical application system wherein the appropriate chemistry is delivered in the form of a bag of small, polymer–coated pellets that dissolve over 30 days. This would negate the need for liquid chemicals all around and provide a consistent chemical budget to the building engineers. In addition, this method only  requires two small smart release feeders to be applied. This means that the limited amount of space in the facility could be better utilized as these feeders are much smaller in footprint than traditional pumps.

In early January of 2021, the backlog of liquid chemicals was completed, and Meras Water Solutions began the single-day install of Dober’s Dry Release system. Our technicians enter the facility with a full plan and are equipped with all the tools and equipment that they will need. They find the perfect location to install the Smart Release feeder. In this case, the feeders replaced the original pumps to utilize supply and return lines that had already been installed. At the same time, they pick up and clean the area. All debris is removed and hauled away at the end of the day.

During the initial audit, it was clear that the system was suffering fairly severe scaling. Some valves were so scaled that they were unable to be closed. This was a result of improper dosing and improperly calibrated connectivity controllers, causing high cycles in the system which in turn caused scale to form. The scale was creating an environment that was less than optimal for efficiency. The building’s utility bills were proof enough of that.

Jesus decided to prescribe the application of scale-targeting chemistry, as offered by Dober Smart Release after cleaning the system of scale as thoroughly as possible at the beginning of their contract after an initial water analysis was performed. The building’s system was fairly large but only ran on weekdays. Jesus prescribed the smart release chemistry based on this usage, initially applying a single bag containing inhibitor and a small dosage of bromocide tablets into two separate feeders.

To ensure that this dosage is correct, a Meras technician was assigned to return and test for residuals every two weeks. The residuals tell us exactly how much of the chemistry is being utilized and allows us to observe the health of the system. If adjustments were needed, the technicians would then prescribe a larger dosage of Smart Release chemistry in the form of an additional tablet. In this instance, the initial prescription was sufficient.

The last step is to run the system and observe. Our technicians are trained to identify and anticipate any issues. Upon deeming the system fit and ready for usage, they left the facility that day, confident that the customer would see an instant improvement in efficiency. Long-term, they were ensured that the system would continue to work optimally for many years to come and that future scaling would be defeated before it could damage it any further.

This facility has indeed seen the positive impact of our hands-off, full-service approach to water treatment. Not only is the facility safer without drums of overstocked chemicals on site, but their cooling system, a thorn in their side just months before, is now only an afterthought at the end of the day. They can trust Meras because Meras values their time and efforts as much as they value their own. Meras does water better. 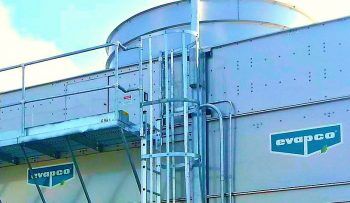 Meras Water Solutions is pleased to announce our partnership with EVAPCO®, an international industry leader in the engineering and manufacturing of high-quality heat transfer products for the HVAC and Industrial Refrigeration market.

Our programs are designed to prevent corrosion, scale, microbiological growth and fouling in industrial systems. Our full-service technicians give you quality service that is unmatched.

The California Bay Area is known for its tall buildings and architectural diversity. So, for a property management firm in Emeryville, maintaining the integrity of the buildings it manages meant having successful water treatment programs for its diverse portfolio. The firm was having routine attendance and communication issues with its water treatment provider. As a result, the firm fired its provider and decided to give Meras Water Solutions an opportunity to demonstrate what customer service really means.

Meras has been providing monthly service visits and timely service reports to ensure the right people have accurate and transparent information regarding every single treated water system. This firm now has a partnership based on trust and communication. 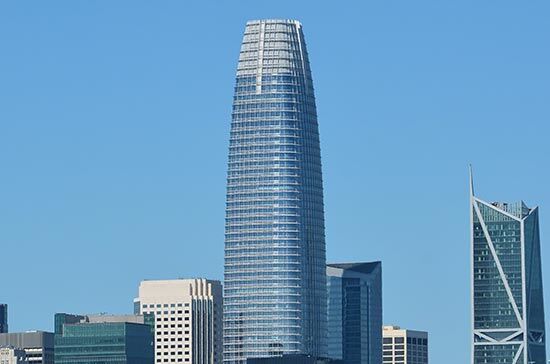 Meras Water Solutions has been helping customers in California, Arizona, Nevada, and Oregon for over 15 years. We specialize in turn-key, customized water treatment programs and services. Solving problems and delivering customer satisfaction is what drives our team. Contact us and see for yourself.