The maps displayed on this site are generated through a reliable computer model based on accurate weather data collected from several sites throughout each region. In the simplest terms, plant disease management means protecting plants from conditions and contaminants that can lead to problems. This frequently involves killing, removing, or blocking pathogens such as mold, mildew, and bacteria. However, pathogens can attack from multiple vectors and may be airborne, waterborne, or live in the dirt.

For a plant disease control plan to be truly effective, it must address all possibilities and focus on the most likely sources of trouble. In many cases, treatments may be applied directly to the crops. In other instances, they must be added to the water used to irrigate the plants or the ground in which they grow.

The powdery mildew index is an indication of climatic conditions which may be conducive to the development of powdery mildew disease.  The maps displayed on this site are generated through a reliable computer model based on accurate weather data collected from several sites throughout each region. You can access the site through the Crop Connect button below. 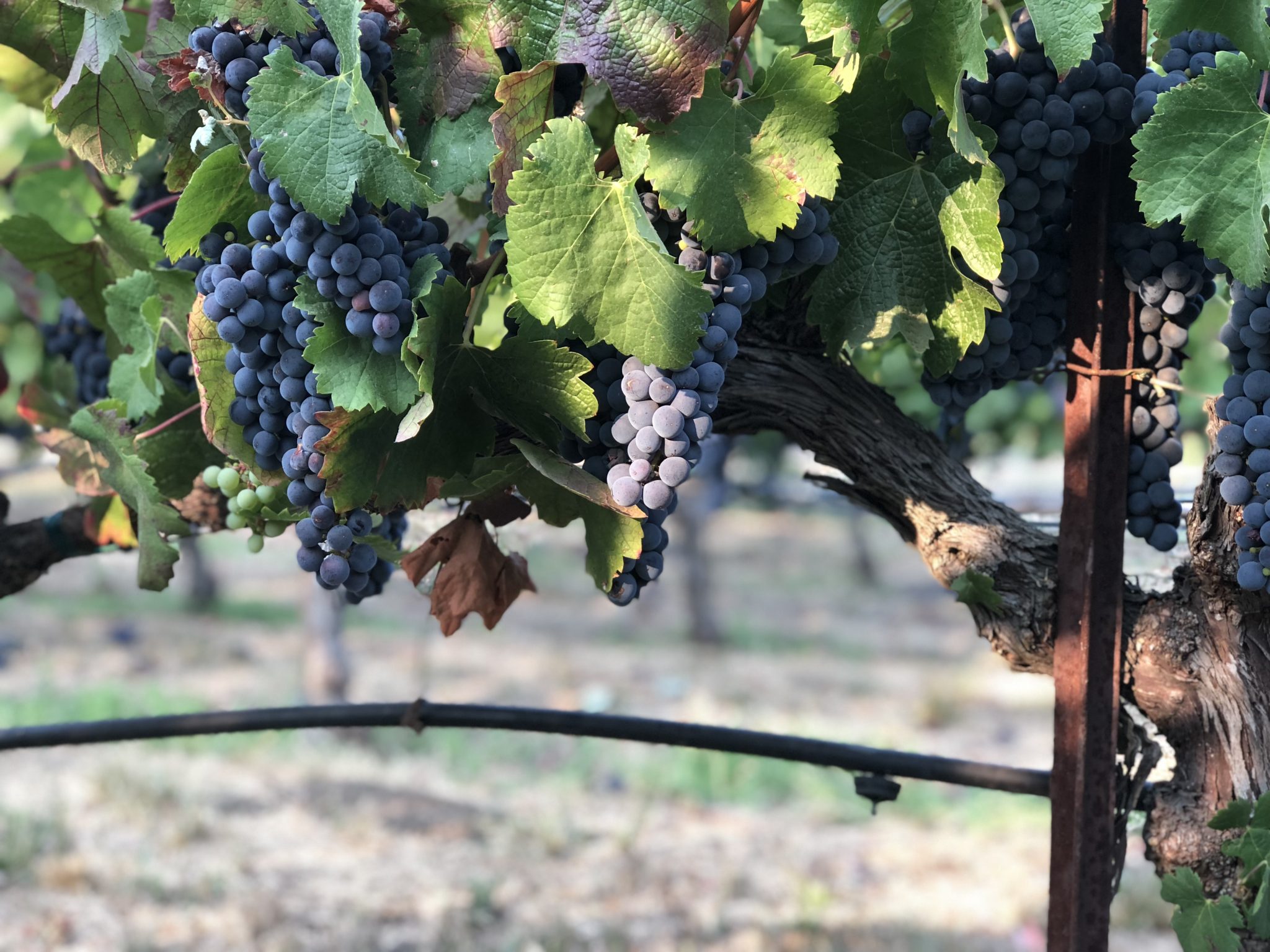 Foliar disease control is a critical component for crop production success. Foliar treatments in California provide an effective way to combat plant disease pathogens in this diverse state. We have a variety of products that are EPA registered, organic OMRI approved, and foliar and soil fungicides perfect for a “green” solution for disease control. Maintain crop health with our superior products.

Oxyleaf: The right Tool for the Job
When bacteria and fungi is introduced to your crops, time is of the essence. You are racing the clock to treat your crops before irreparable damage is done. There is nothing quicker on the market than Oxyleaf.

Oxyleaf, is the fungicide/bactericide you need. It works on contact, killing and inhibiting bacteria and fungus on all vegetables, berries, fruit plants, trees, and shrubs. Powerful active ingredients target Downey and Powdery Mildew, Leaf Blight, anthracnose, Fusarium, Phytophthora, Pythium, Rhizoctonia, and Verticillium on a wide range of vegetation.

Application is easy and worry free. It can be sprayed, misted, or even fogged over plants, leaving zero residue and does not require restricted entry at any time. It can be used to fight disease immediately, as a preventative action in the pre-planting stage or even periodically throughout the season. You will never fear utilizing Oxyleaf during fumigation either. It is versatile enough to be used at any point.

Fast acting, powerful, and flexible. When you are fighting fungus and bacteria, Oxylead is the right tool for the job. Learn more today!

Applying our products to your ornamentals, bedding plants, vegetable plants, flowering plants, shrubs, or trees can help control disease. The active ingredient works immediately on contact with any plant surface for the control and suppression of fungal and bacterial plant disease.

With a wide variety of products used for powdery mildew management and other types of plant disease control, no one offers more ways to keep crops safe and productive than Meras Water Solutions. We have a complete line of agricultural treatments that can be applied to the plant, soil, and water for full protection.

Why Farmers Depend on Meras for Superior Foliar Treatments in California

California is an extraordinarily diverse state agriculturally. Home to no less than 16 of the USDA’s 20 defined plant hardiness zones and a wide range of soil types, water availability, and altitude, California is prime growing territory for a dizzying array of cash crops. These crops range from tree fruits to truck crops to herbs to flowers to agronomic crops. Each one of these variables presents unique conditions that must be taken into account when determining plant disease control and prevention solutions — including foliar treatments — in California.

Our in-house expertise means we can develop a solution that meets your precise requirements, no matter what they might be. We know California agriculture — what works, and what doesn’t in different regions and for various crops. We can point you in the right direction to proactively prevent crop loss regardless of your location or crop type. If you need custom solutions, we’re there for you.

We’re dedicated to providing our customers in the agriculture sector with the most advanced and effective answers to their needs. With our services at your disposal, you can rest easier knowing your crops will have a much lower chance of developing diseases that can hurt your yield and your operation.

What's Wrong with my Crop?

Found most often on: Crucifers, Grapes, and Vegetables

Symptoms: When dealing with Downey Mildew you will find visible discoloration on the surface of the plant fibers, often yellow that rapidly turns to brown. Leaves will appear extremely hydrated and wet, indicating mold. Soft rot usually results.

Found most often on: Most plants including ornamentals, vegetables, weeds, and fruit trees.

Symptoms: As the name suggests, powdery mildew appears as white or light gray powder over the plant’s surface (often leaves) area in the early stages. At later stages, you may see a more yellow or brown coloration. At the latest and most fatal stage, it will appear black. Retardation on blooming buds is common as is early leaf loss.

Found most often on: Melon, cucumbers, and gourds.

Symptoms: You may find small brownish spots with a yellow halo around the crown of the plant. The discoloration can spread rapidly, creating “targets” on the leaves. The leaves themselves can become dry and curled before dying completely.

Symptoms: This overreaching term for various fungal diseases is often identified by discoloration of the plant’s tissue. Yellow, brown, and black spots can appear on leaves and twigs. In some trees, it may appear as lesions along leaf veins or cankers can sink areas of the tissue while swelling the outermost portion. Leaves can also curl or otherwise become disfigured. When near-fatal levels are reached, premature leaf dropping until complete defoliation is common.

Found most often on: The soil surrounding crops such as sweet potatoes, legumes, and bananas.

Symptoms: As a soil-dwelling fungus, this may infect the crops at any stage. In seedlings, it will cause quick wilting and death while in more established plants, it will turn leaves yellow with darker streaks in the vascular tissues. Root decay is common.

Found most often in: Cucurbit crops, squash, and pumpkin.

Symptoms. Wilting is the most identifiable symptom of this disease. Rotting of the root and crown should be obvious as well as rotting fruits at later stages. The infection causes blackening in the affected areas. Lesions will be brown and vary in the shade can be accompanied by white, powdery growths. When a plant has succumbed, it will collapse completely.

Found most often on: flowering plants and most crops

Symptoms: Pythium is unique in that it is much like fungus but has some differences. It lives in the soil and attacks roots. You can identify it early in its progression by dead-looking tips of the leaves. Later on, you may find water-soaked roots. The cortex of those roots should separate easily, leaving a stingy section behind. Rot may also be identifiable on stems when cut.

Found most often on: Ornamentals, ground crops, and more.

Symptoms: This quick-working fungi start at the stem and works its way up the plant. Stems become dry and brittle. Cankers are common and will appear rather large. Blight can accompany Rhizoctonia.

Symptoms: This disease can be difficult to identify. Leaves will wilt, curl, and become discolored. Yellow, or red spots may spread over the plant’s tissues. Once the disease has taken hold, leaves may turn dark brown and drop prematurely. On trees, you may see streaks under the bark and in shrubs, a similar sign on the stem.