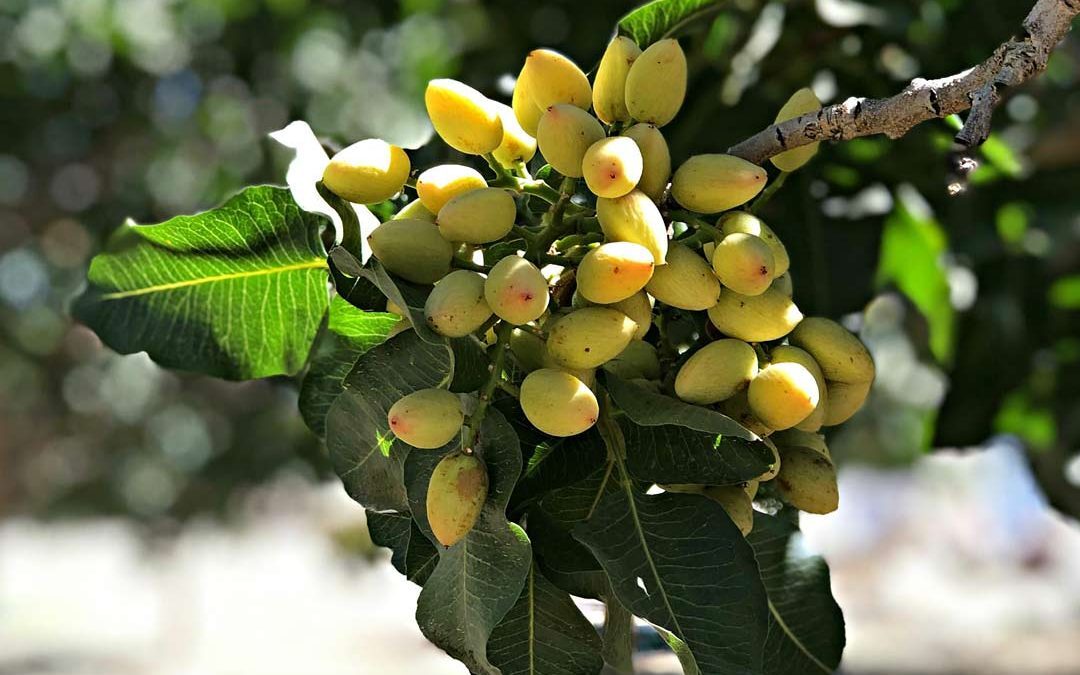 The Pistachio was introduced to the US in 1854, and California in 1881. In 1929 an American botanist by the name of William E. Whitehouse went on a trip to Persia, collecting 20 pounds of pistachio nuts. Planting the nuts in test plots, Whitehouse named the tree that was showing good promise “Kerman” after the famous carpet-making city near Rafsanjan, Iran. Whitehouse and other scientists perfected the Kerman tree by budding it to heartier rootstocks. So on, the first commercial crop of 1.5 million pounds of Kerman pistachios was harvested in 1976. Kerman remains the top variety produced in California. The average yield of pounds per acre back in 1979 was only 930 pounds per acre. In 2018 that amount has grown to 3,736 pounds per acre. In the same year, the state of California produced approximately 986.7 million pounds of pistachio nuts.

With such large yields coming from the state, it is not a surprise that California produces 98% of pistachios consumed in the United States, and a quarter of the world’s consumption of the green nuts. 96% of that production comes out of the southern San Joaquin Valley in mainly Kern, Madera, Fresno, Kings, and Tulare counties. 42% of the California Pistachio production is located in Kern County.

Whether it’s the health benefits or the creative advertisements, pistachios have made a statement in today’s society. Though California producers go through hardships, they continue to work intensely to provide pistachios for the rest of the world.