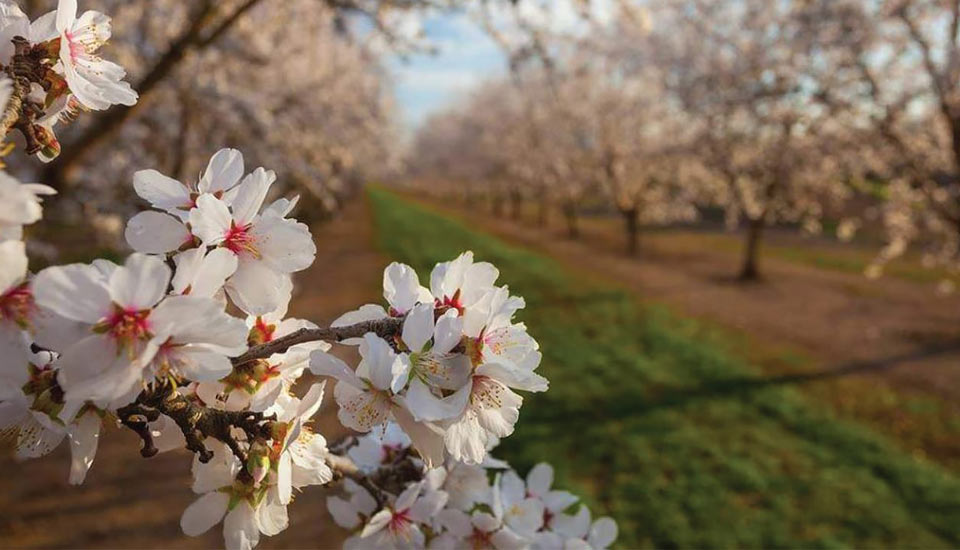 The State of The Almond Industry

Almonds, its that time of year where everyone is shaking the “L” out of them. From Tehama County, all the way down the center of California to Kern County, California produces 100% of the United States’ almonds, while producing 80% of the worlds’ #1 superfood. With the start of harvest, I figured we could pay tribute to the tree nut and the effect it has had on the California economy.

In 2018, the almond industry hit a record in domestic shipments reaching 735 million pounds. The top producing counties, bearing the most almonds in 2017 were Kern, Fresno, Stanislaus, Merced, and Madera. These counties held 73% of California’s total bearing almond acreage. The almond industry in California provides 100,000 employment opportunities, 97,000 of them being in the central valley. As California is the leading producer of almonds in the world, Australia and the European Union are the leading foreign producers at 6 and 5 percent. With the majority of almonds being produced in California, in 2018, exports were made to more than 90 countries. Spain is the number one export market.

One thing that has always fascinated me about the California Almond industry is the commitment to sustainability. Majority of almond producers in California commit themselves to reduce the number of resources they use to produce their crop. Approximately 75% of Almond producers grow on 100 acres or less. Along with reducing land use, producers have made excellent strides in reducing water use as well. In the last 20 years, the industry has reduced how much water it takes to produce a pound of almonds by 33%. Almond producers have been able to achieve this through micro-irrigation and other water-saving technology practices. The Almond Board of California set a goal for producers to reduce the amount that it takes to produce one almond by 20% by the year 2025.

When it comes to the production of an almond, no part of the production goes to waste. The hull of the almond is used in many diets of species both big and small. Many livestock producers and insect farmers use the hulls as part of their feed for their stock. Shells are transformed into charcoal-like powders where they can be used in the production of recycled plastics. Even after production is over and the trees are ripped out, they are usually ground into small chips and diced into the soil to promote and improve organic matter in soil for future crops.

Adding $11 billion-dollar value to the California Gross State Product, almonds have made huge strides in the California economy. As healthier lifestyles are rising in popularity, the demand for almond production does as well. Thankfully, the industry continues to take actions in environmental responsibility and promotes it throughout the entire agriculture industry.